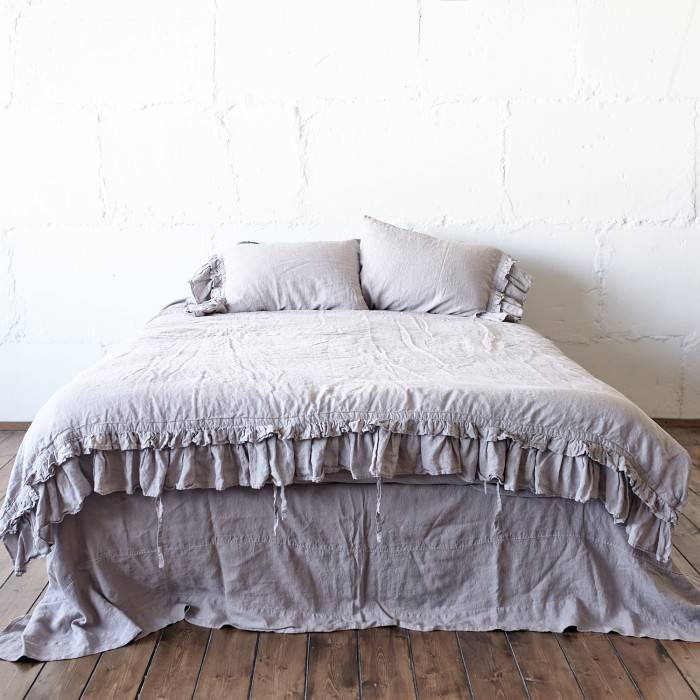 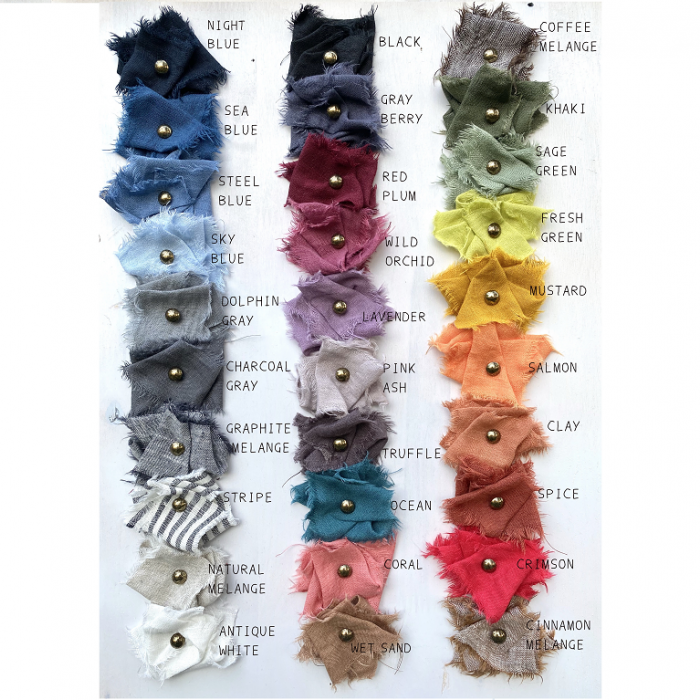 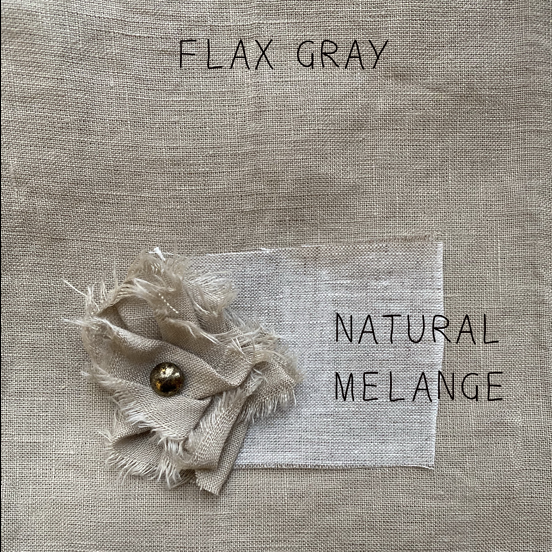 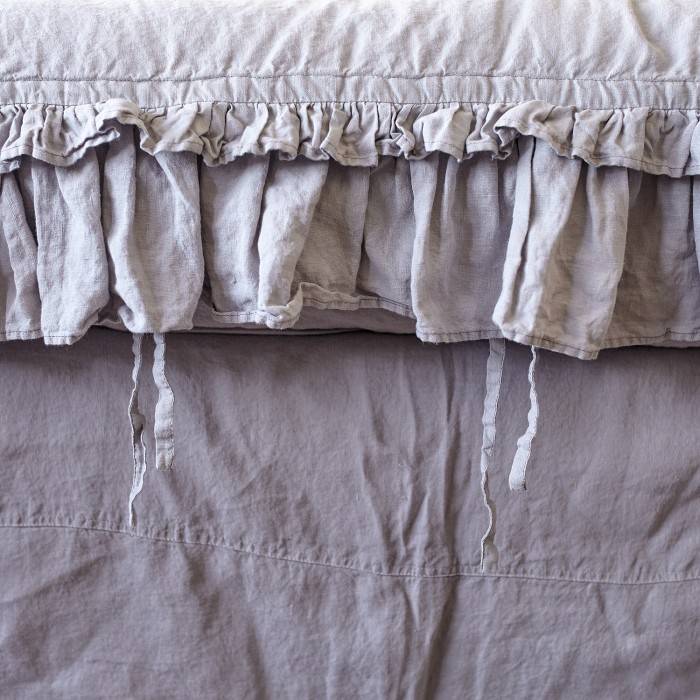 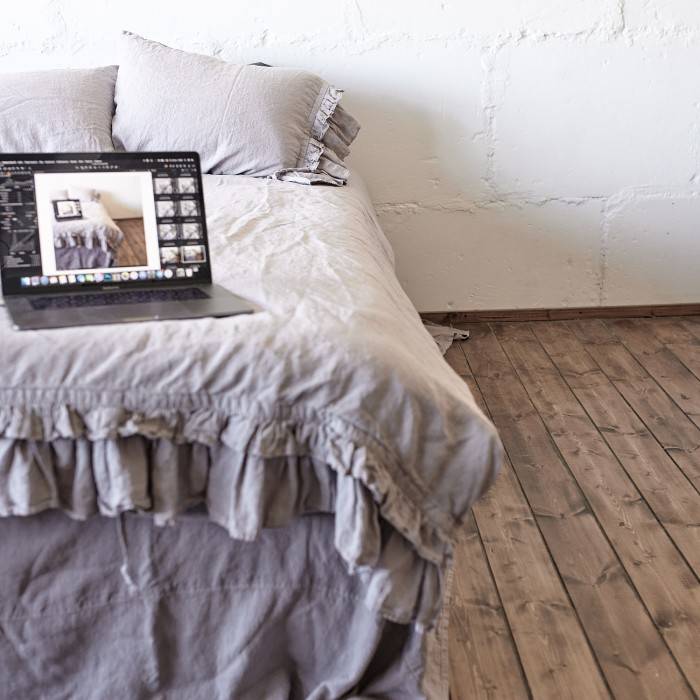 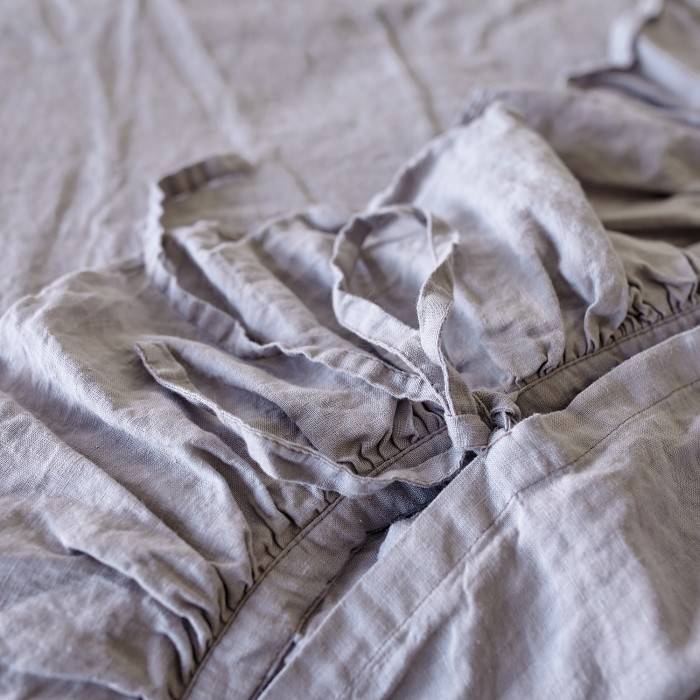 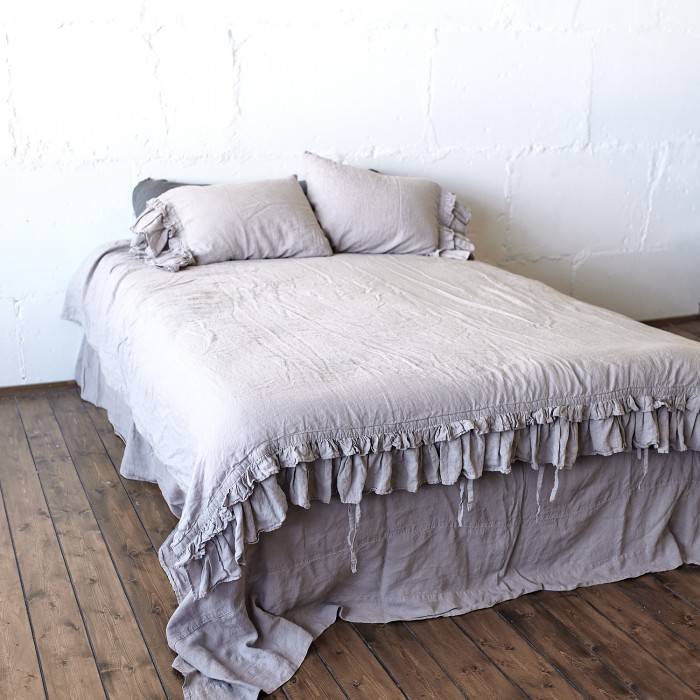 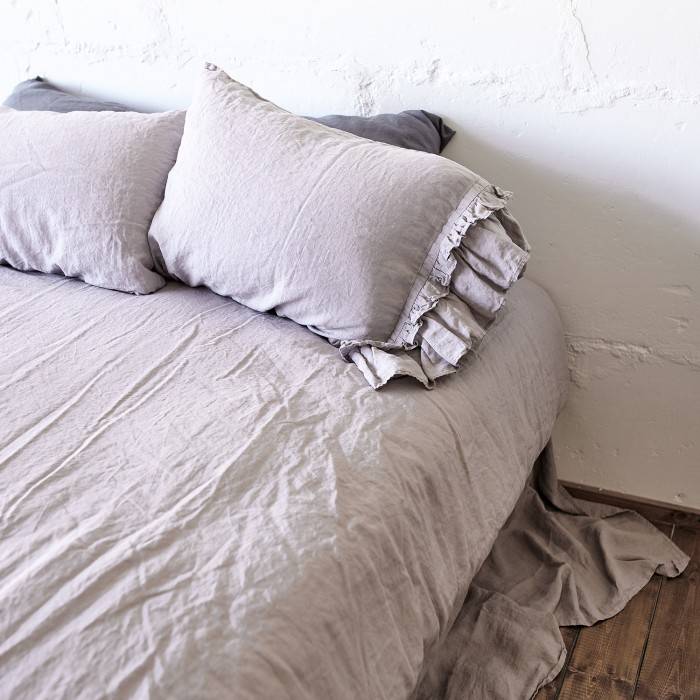 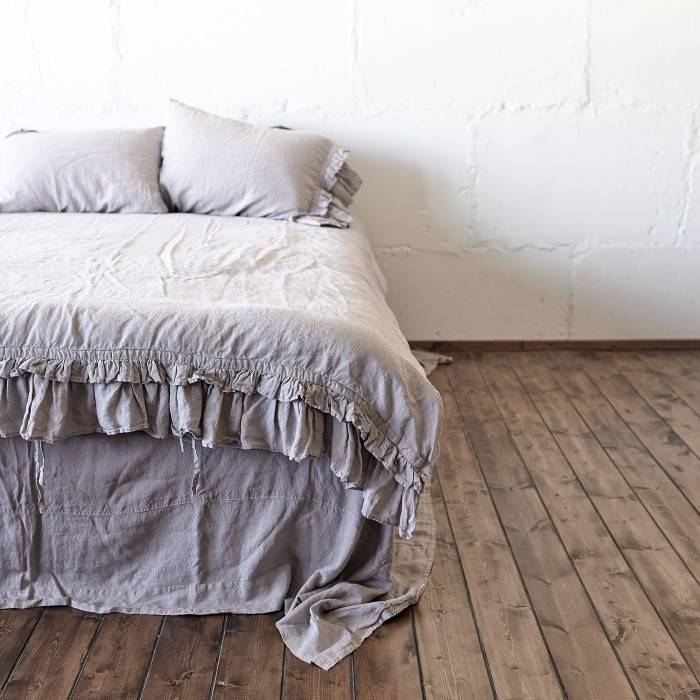 The duvet cover is graced with two ruffles by one side. The short 1" (2 cm) and long 3" (7 cm) ruffles are just gorgeously wrinkled and look absolutely chic - with a neat hemline at the end.  Closing with ties at the down.
The stonewashed softened texture of this natural 100% linen duvet cover set will seduce you to come to bed immediately.

- Ruffled by one side

- Pillowcases have a double ruffle on one side

- The duvet cover is totally seamless in the sleeping area

- The duvet cover is closing with ties

- All items in Len.Ok shop are organic and hypoallergic

- Linen is woven from European flax, Belarus made

- Pre-washed and pre-shrunk, so the size won't become smaller after a wash

We use 100% linen only. European. Natural. Organic. All our bedding collections are made of medium weight stonewashed linen.

All shipping costs are on us. Anywhere. Anytime. Any order. Just purchase your fabulous linen set - and we will post it for free. 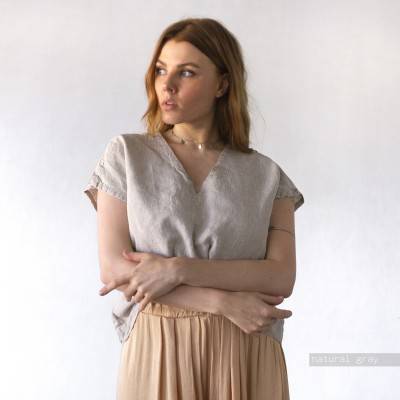 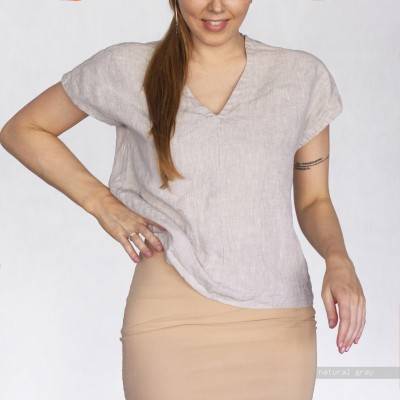 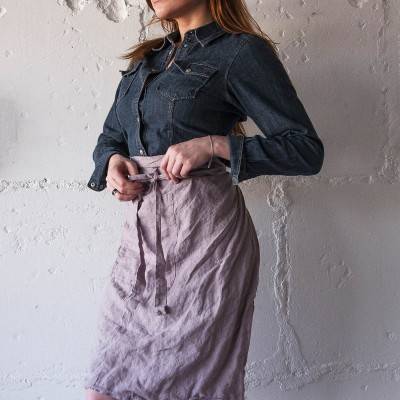 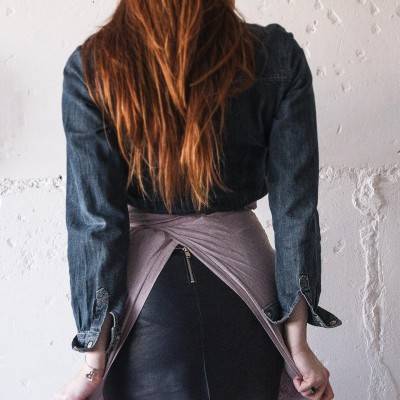 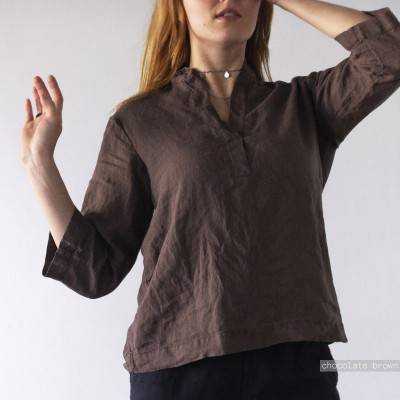 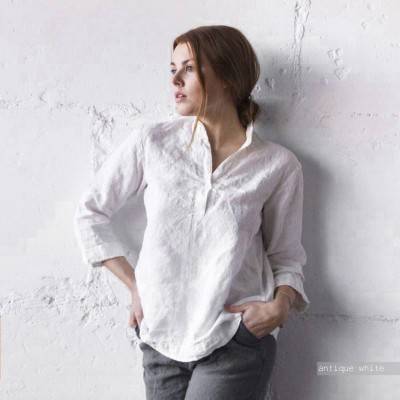 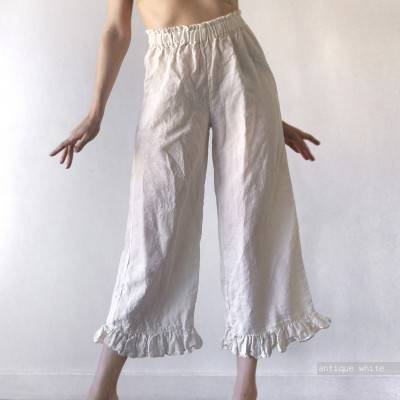 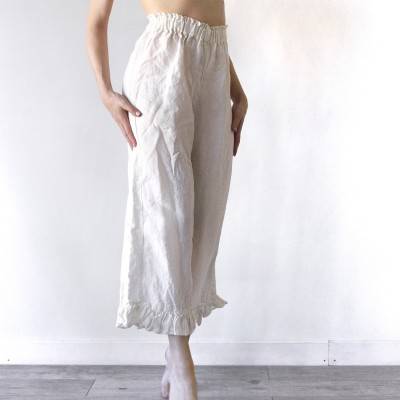 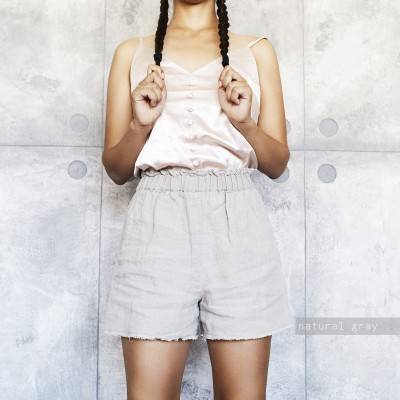 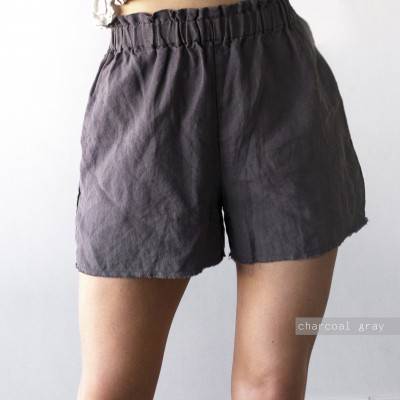 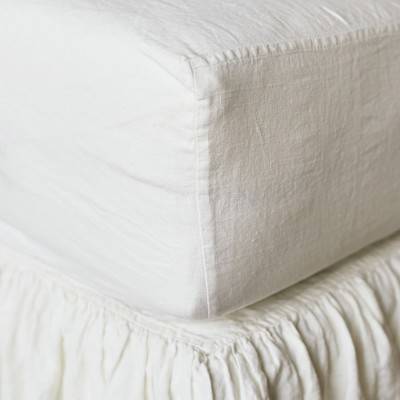 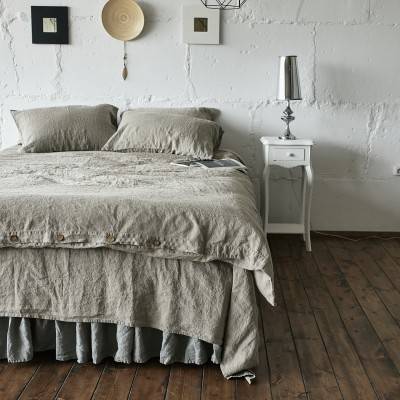 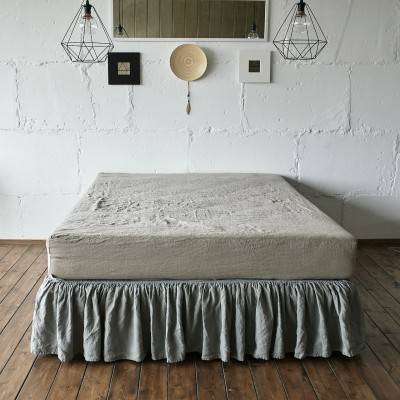 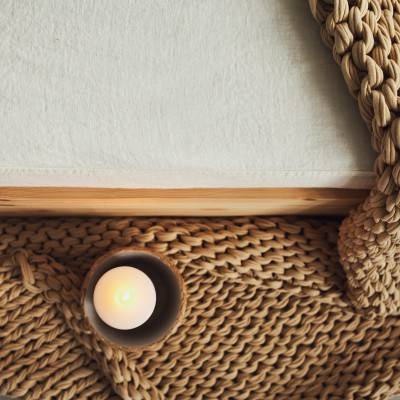 Works great with my 86x86 duvet insert. The color is exactly as shown in the picture and the linen feels really nice. When I need another duvet cover in the future I'll look at this shop again!
Kara Lin
I bought this awesome Duvet cover in Duck Egg Blue and LOVE IT! I use a silk insert.
In fact I bought just about the whole set. Started off with two items and upon receipt just had to buy more thSheets etc quality is outstanding along with sonic fast shipping.
BUY from this company, You will feel like a queen or princess of Luxury.
calihippy1

Len.Ok have a wide range -  from full-size linen duvet cover to extra large California king linen duvet cover. We can also make a custom size quilt cover for you - just contact us if you need a  special size to be sewn for your bedroom. try to compare this collection with Pink Ash sheet set - they fit each other perfectly